A Marquette Law student, Gia Pionek, runs the “Peep Show,” an annual exhibition of art made out of Marshmallow Peeps. A different student gave me one of her entries, an homage to Mondrian with yellow and pink rectangles (made out of the fluorescent bunnies–it’s the one on the right). 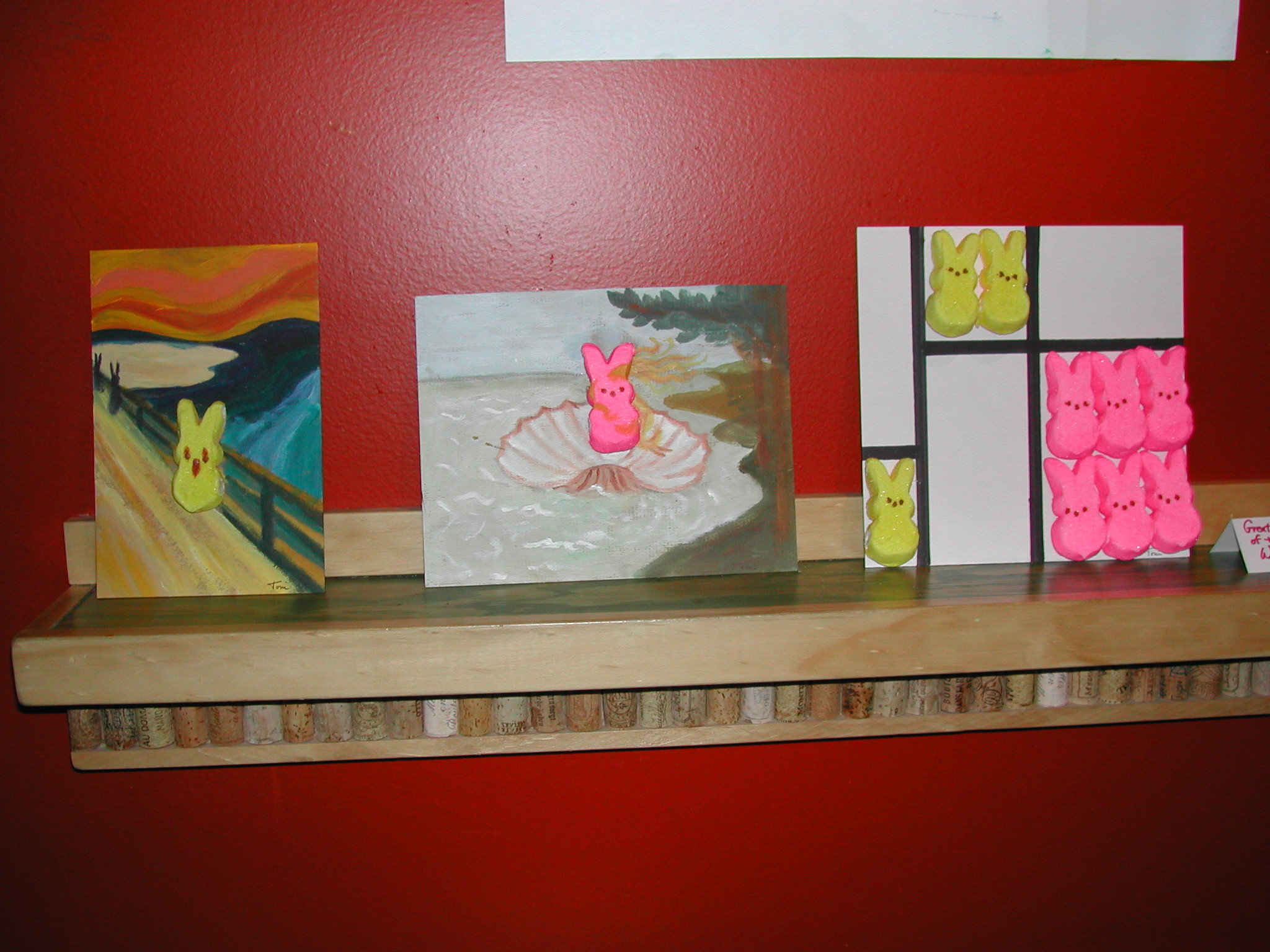 Unfortunately, I missed the exhibition this year but, if Gia will let me, I plan to exhibit some artwork next year.

Meanwhile, in my quest to learn more about Peeps, I came across the official Peeps website. This site has it all: pictures of various seasonal Peeps offerings (including some I don’t normally see, like Peeps snowmen and Peeps cocoa cats), a fan club (I’m now a member), a virtual tour, a store (although, surprisingly, no way to order Peeps “food” except through the fan club), and news about new products. As is often the case with cultural icons like Peeps, the proliferation of products under the Peeps brand is surprisingly vast. Can you sense another Slinky-like obsession coming on?

(FWIW, I don’t actually eat Peeps–I think they are gross–but my wife does. My interest is far more academic than culinary).

UPDATE: The NY Times weighs in with a mixed review of Peeps.